When we learned of the implausible but very real heritage of Garrard County, Kentucky, we knew we had found a home. Seated in the Bluegrass region of Kentucky, Garrard County, which remains a dry county to this day, is the home of Carry A. Nation, a pro-prohibition pioneer and women’s rights leader. We salute you Carry, as we sip this liquid in your honor on the ground where you took your first steps. You’re always welcome here. 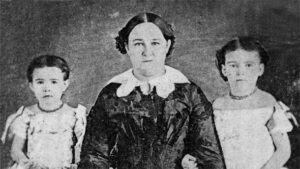 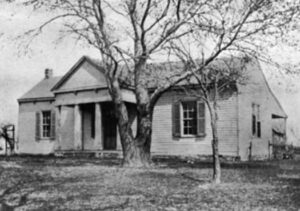 Moves to Belton, Missouri in 1854 at the age of 8 after her family experienced several financial setbacks. We don't know much about her early years. 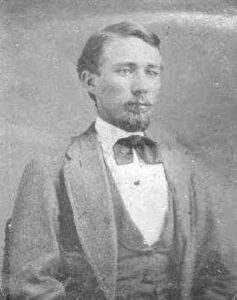 In 1865, Carrie meets Charles Gloyd, a young physician who was a Union soldier and a severe alcoholic. They married on November 21, 1867 although her parents objected to the union, and by 1869, shortly before the birth of their first child, Gloyd died from alcoholism. 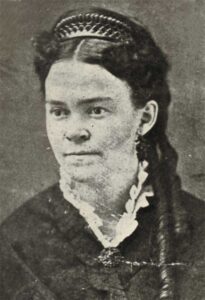 After the death of her husband, Carrie develops an extremely passionate activism against alcohol and becomes a teacher, but soon after gets fired for teaching children unconventional pronunciations of words. 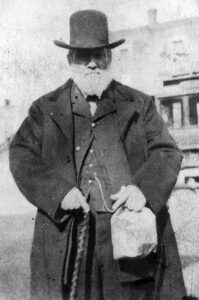 In 1874, Cary gets married a 2nd time to a man named David A. Nation. They try to operate a TX farm together unsuccessfully before moving to Richmond, TX to get into the hotel business. 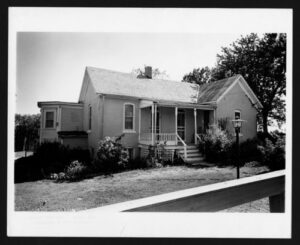 David Nation becomes involved in the Jaybird–Woodpecker War. As a result, they were forced to move back north to Medicine Lodge, Kansas, in 1889. 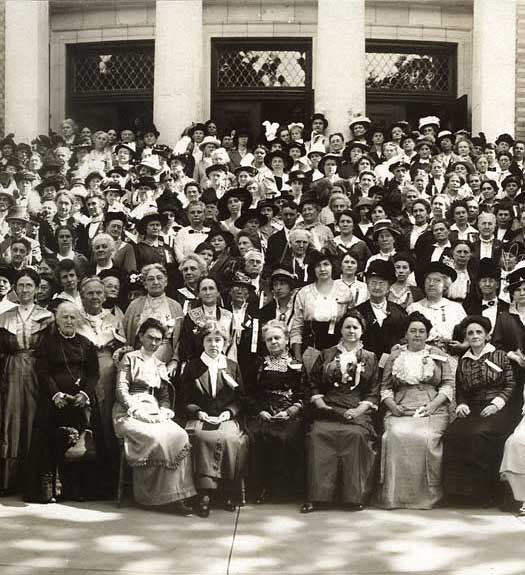 By 1900, Carrie becomes increasingly fervent in her belief that alcohol is the root cause of destruction in the American home. On June 5, 1900 - Carrie awakens from a dream which she interpreted as a call from God, exclaiming, “Go to Kiowa. I’ll stand by you. Take something in your hands, and throw at these places in Kiowa and smash them." 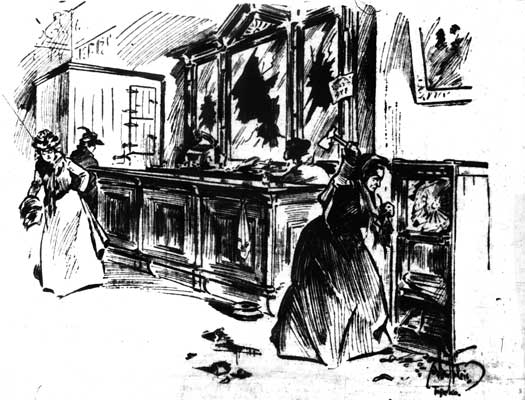 June 7, 1900 - Responding to the revelation, Carrie grabs several rocks which she called ‘smashers’ and headed straight to Dobson’s Saloon for the first of what would be many assaults. "Men, I have come to save you from a drunkard's fate!" She proceeds to destroy to more saloons that day and that very next day, a tornado hits Eastern Kansas which Carrie again interprets as a divine sign from God that she’s doing God’s work.

1900
"Bulldog running along the feet of Jesus" 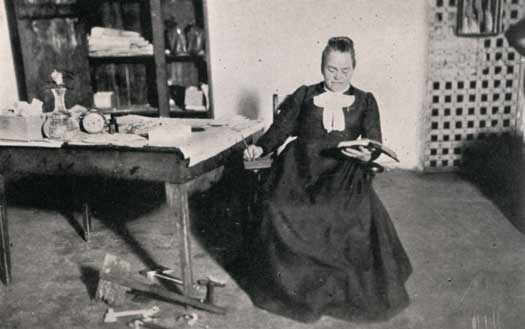 Carrie’s methods escalated quickly from more modest protests to verbal assaults on bartenders and the establishments. She described herself as "a bulldog running along at the feet of Jesus, barking at what He doesn't like", and claimed a divine ordination to promote temperance by destroying bars. 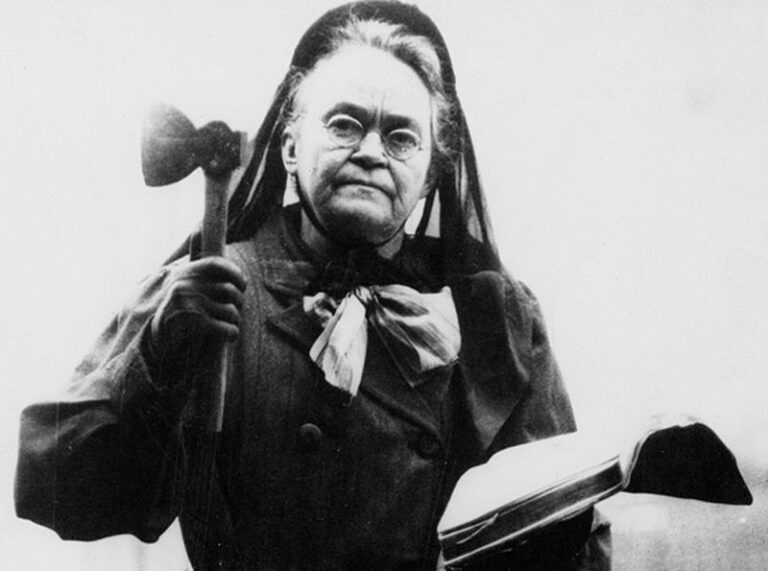 Carrie’s vandalism evolves from rocks to hatchets as she continues her path of destruction through Kansas. Why a hatchet? It is said that using a hatchet was suggested by her husband to which she replied, "That is the most sensible thing you have said since I married you.” 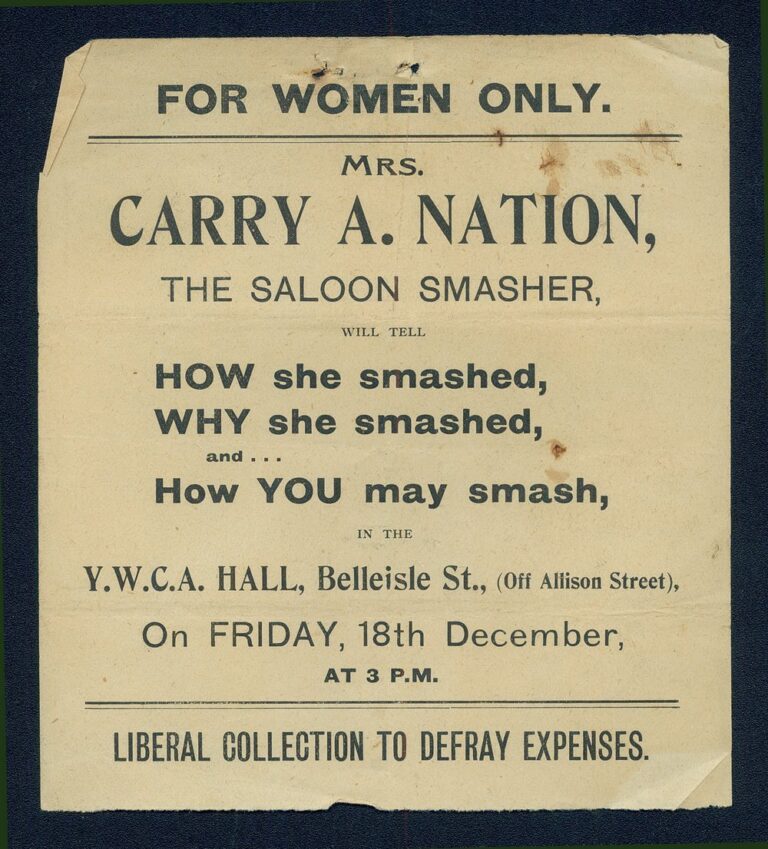 April 1901 - Kansas City becomes Nation’s new target. A city known for it’s opposition to temperance, she got to work smashing liquor barrels and bottles all along 12th Street in downtown KC. 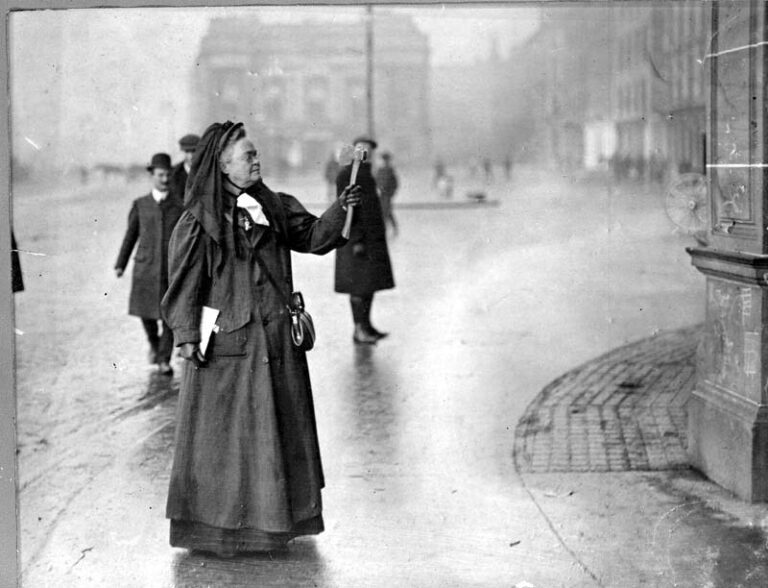 Alone or accompanied by hymn-singing women, Nation would march into a bar and sing and pray while smashing bar fixtures and stock with a hatchet. Between 1900 and 1910, she was arrested some 30 times for "hatchetations,” as she came to call them. Nation paid her jail fines from lecture-tour fees and sales of souvenir hatchets.[17] The souvenirs were provided by a Topeka, Kansas pharmacist. Engraved on the handle of the hatchet, the pin reads, "Death to Rum."[18] 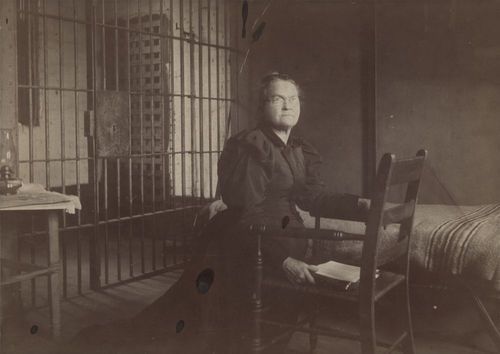 Nation was arrested, taken to court, and fined $500 (about $15,000 in 2017 dollars), although the judge suspended the fine under the condition that Nation never return to Kansas City. Nation was arrested over 32 times—one report is that she was placed in the Washington DC poorhouse for three days for refusing to pay a $35 fine. 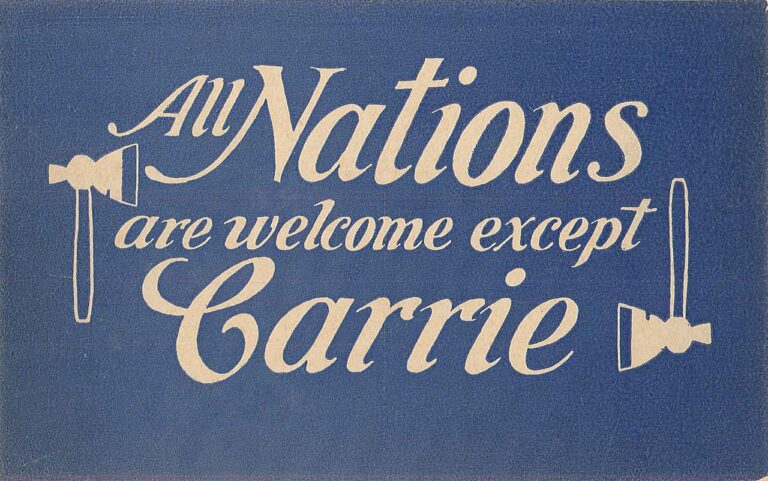 Nation's anti-alcohol activities quickly become widely known, with the slogan "All Nations Welcome But Carrie" becoming a bar-room staple. By now, she has hundreds of followers and publishes two pieces aptly named, ‘The Smasher's Mail’, a biweekly newsletter, and ‘The Hatchet’, a newspaper. 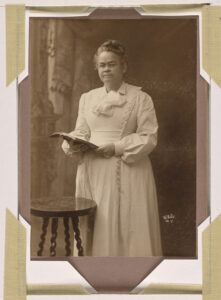 In 1903 Carrie Nation officially changed her name to “Carry,” saying it meant “Carry A Nation for Prohibition.” 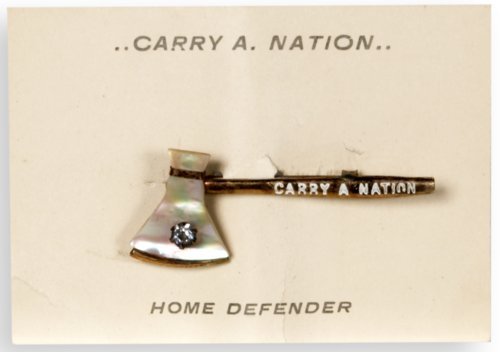 1903 - 1911 Carrie continues her crusade across America preaching the gospel of prohibition. She sold these pins to help fund her crusade. 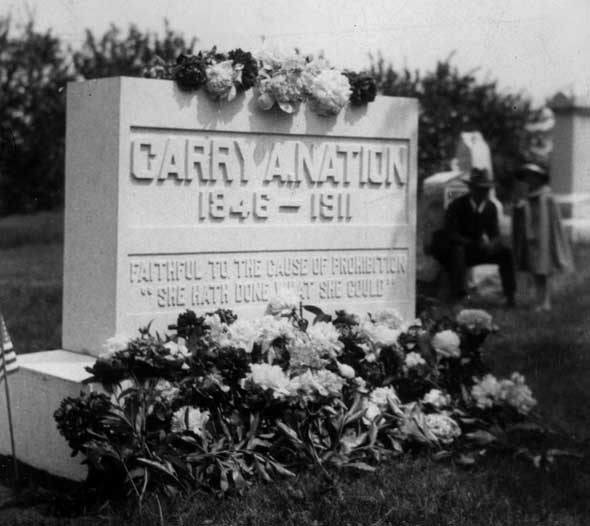 Exhausted and ill, Carry Nation retired to Eureka Springs, Arkansas, and bought a house large enough for her and several women who had lost their homes because of alcoholic husbands. She collapsed while giving a lecture in Eureka Springs in January 1911 and died on June 2, 1911, at the age of 64. She is buried beside her mother in Belton, Missouri. 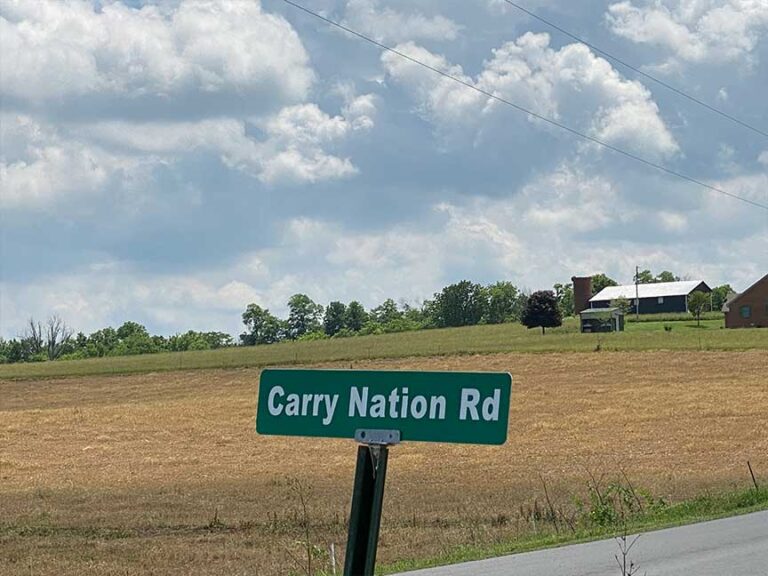 We break ground at Southern Soul Distillery - Home of All Nations Premium Whiskey. 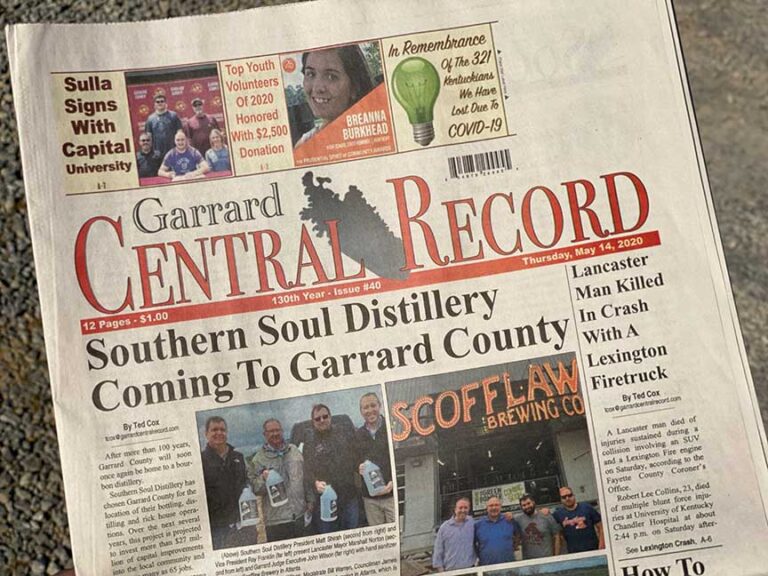 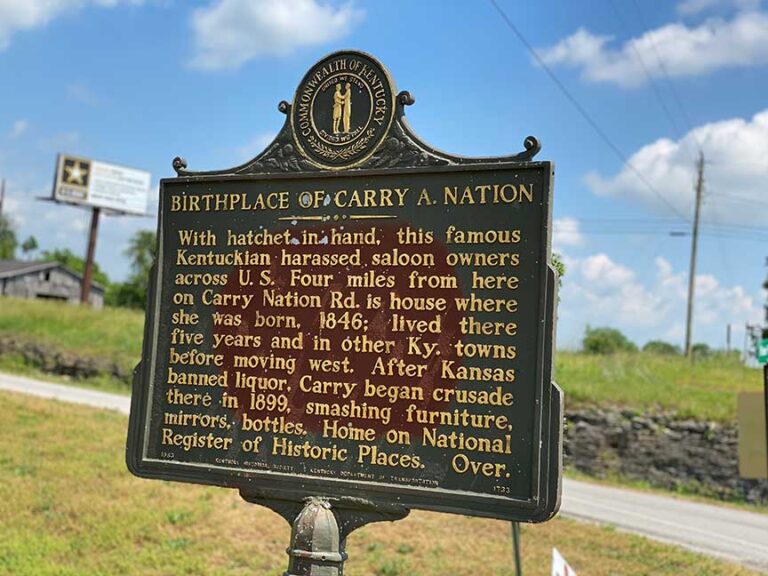 The original home Carry Nations to be relocated to Southern Soul Distillery - home of All Nations Premium Whiskey. 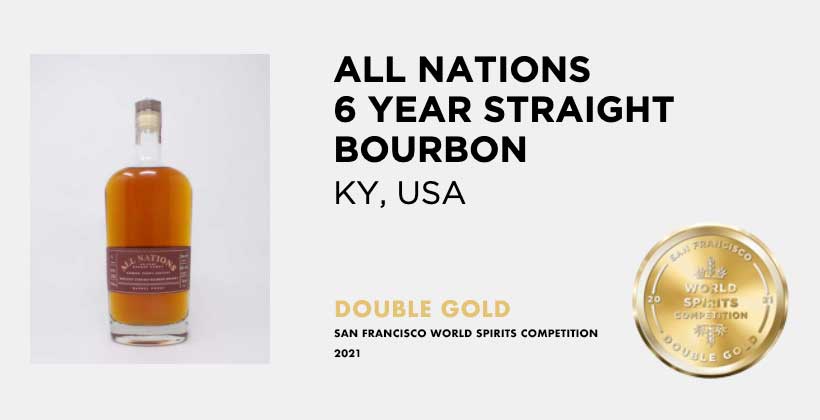 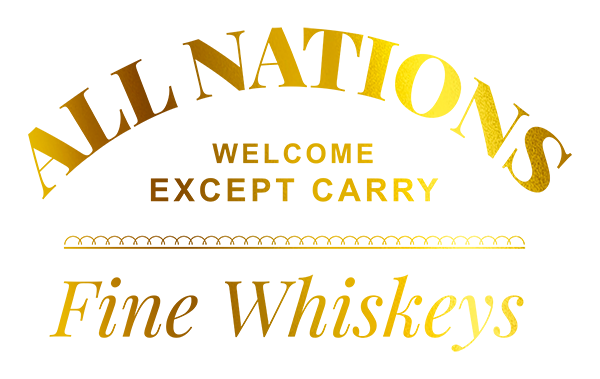